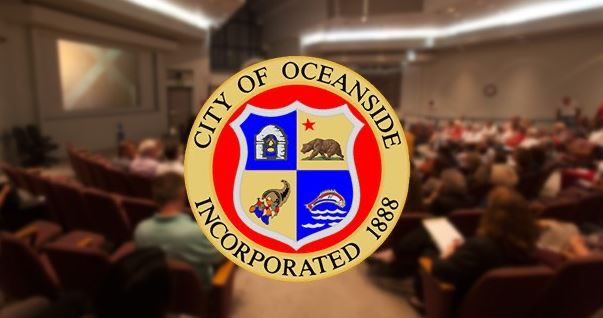 San Diego county is home to many military personnel, particularly Camp Pendleton in Oceanside. On Wednesday, January 10, the Oceanside City Council unanimously approved a resolution showing the city’s support of transgender members of the Armed Forces. The resolution was introduced by Deputy Mayor Chuck Lowery and Councilmember Esther C. Sanchez.

A copy of the resolution can be seen at http://www.ci.oceanside.ca.us/civicax/filebank/blobdload.aspx?blobid=46362

Special thanks go to Max Disposti and the North County LGBTQ Center as the driving force behind the event: contacting the City Council, writing the resolution, and presenting a short video at the meeting.

An estimated 50 people, including trans-community activists and allies, were in attendance. Paige Biron, Neutral Corner member and veteran marine assault transport helicopter pilot, spoke for a few minutes about her own experiences. (”I flew off ships in good weather and bad, and I’m still here…) She noted a sometimes a patriarchal attitude in the military, and how community support really means a lot to transitioning service people.