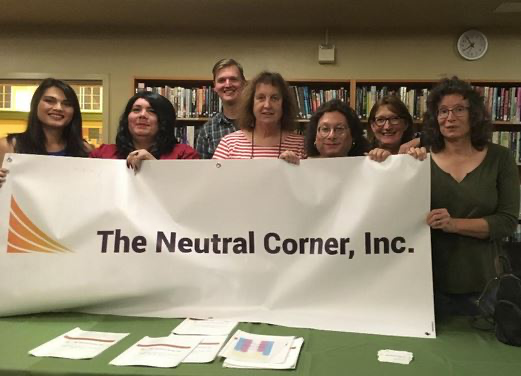 The 14th annual Transgender Day of Empowerment was held on Friday April 13th at the Hillcrest LGBT Center. At the event, activists were recognized, friendly legislators and legislation were applauded, and youth were spotlighted.

Transmilitary member Phoenix Noelle was honored by Neutral Corner President Veronica Zerrer. Navy Chief Petty Officer Phoenix, like many who serve our country, has been confronted by recent executive branch actions against transmilitary personnel. She has worked as a volunteer at the T-spot, the LGBT center, and as website developer for Neutral Corner. Phoenix offered two observations to the audience: 1. Have heroes-when you hit a storm, you want to know where the lighthouse is. A hero will give you direction. 2. Be patient and forgiving. Remember that when you start gender transition, those people close to you are transitioning with you. They struggle with names and pronouns, but not necessarily because they’re being judgmental or mean.

The Tracie Jada O’Brien Transgender Student Scholarship awards were presented to 21 deserving youth to pursue university education. Neutral Corner was proud to be one of a number of contributing organizations and individuals. In presenting the awards, community developer Sarafina Scapicchio said ‘”This sends a message that the future matters to us-and that the community has their backs”.

The Satin Styles Youth Award went to Nicole Karina Velasquez, a senior at High Tech High school. She said “It’s always been my dream to be recognized by my community…I’d like to do so much more”. The Community Service Award went to San Diego State University student Shane James, who said “Honey, we are changing the world, so it better get ready!” Preteen transyouth speakers at the podium included Vanessa Barilla, Chase Matys-Gleason and Mack Goehring.

Connor Maddocks, the Center’s Project Trans Coordinator, was honored with a lifetime achievement award. He offered his interpretation of empowerment as being about helping others: “The work I do here is my passion…it’s about being someone’s guide to help get them to where they’re going”.