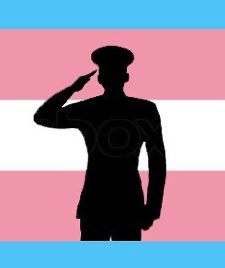 The US Supreme Court ruled in a 5-4 vote to allow the proposed Trump administration ban on Transgender troops openly serving in the military to go into effect. It’s important to know what the ban allows and does not allow.

It is also important to remember that the Supreme Court has only said that the existing President’s policy may move forward. Forget what you’ve heard about this being a harbinger of a final decision. It is not a final decision by the court on the constitutionality of Trans men and women serving in the military.

The lower Federal courts have yet to hear the plethora of cases that have already been brought to the bench by Trans men and women. Once those cases have been decided they can be appealed to the Supreme Court of the United States (SCOTUS) if the losing side desires. At that point the SCOTUS may or may not decide if Transgender troops may join and serve in the military.

We need to turn our attention now to ensuring the safety of our Trans siblings currently serving on Active Duty and in the Reserves. Please know how and where to report instances of harassment, discrimination, and threats of violence.

Keep up the fire!