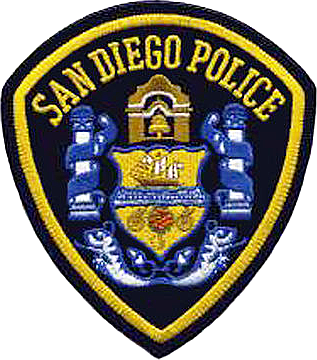 The study does not represent the local reality and is flawed.

In a Community Leadership Council meeting of May 9 Jen LaBarbera, Education & Advocacy Manager for San Diego Pride, dissected the study for nearly 30 representatives of the San Diego LGBTQ community taking the study to task for its inaccurate portrayal of policies related to police interactions with transgender individuals. Neutral Corner regularly sends representatives to these monthly meetings.

While one category (Civilian Oversight) was accurately portrayed with a failing mark others are completely non-applicable such as the failing mark for Placement in Temporary Lockup as SDPD does not operate any detention facilities; all detainees are housed in San Diego County Sheriff’s Department facilities. Other failing marks are completely wrong, such as Use of Respectful Communication where internal departmental policies do, in fact, require the use of correct names and pronouns. A few failing marks were also noted in policy areas that are not generally enumerated in specific departments since California state law already provides some protections for LGBTQ people in their interactions with law enforcement.

While the study gave failing marks in 15 categories an examination by Jen LaBarbera revealed that the reality is different. After consultation with SDPD officials and Tyler Renner from Councilmember Chris Ward’s office, LaBarbera gave 12 passing marks, 4 cautionary marks where improvement could be made by SDPD, but found only 1 category where the failing grade was warranted (Civilian Oversight).

Asked by Neutral Corner if the methodology of the study was flawed, LaBarbera agreed. NCTE staff informed her that the study was conducted by examining publicly available policies on the San Diego City website, but no contact was made to request more information of either SDPD or any local LGBTQ organizations, including The Center, San Diego Pride, or Neutral Corner.

The inaccuracies in the report appear to result from the way it was conducted by NCTE and the lack of transparency of SDPD’s policy on its website.

The Neutral Corner is confident that the City of San Diego Police Department will continue to improve its interactions with the Transgender community as it has been making substantial progress in recent years.

A statement sent to Neutral Corner by The San Diego Police Department is presented below. Our thanks to Sergeant Dan Meyer of the SDPD for providing this copy to us.

The San Diego Police Department continues to serve and protect all communities with an emphasis on community policing and engagement. For many years, SDPD has worked diligently to build relationships with our communities and we have tirelessly sought to expand and improve those relationships through various methods. Our unique but important approach to community involvement is at the forefront of the work we do every day to keep those communities safe.

Recently, a study was produced by the National Center for Transgender Equality (NCTE). This study failed to acknowledge our work and collaborative effort with the LGBT community and the relationships and advancements we have accomplished over many years. While the San Diego Police Department welcomes such analysis and review of our practices and/or procedures, such analysis should be based upon fact and sound research.

Unfortunately, NCTE appears to have utilized the internet and search engine functionality within the internet to find only publicly available information. SDPD was not included or offered an opportunity to offer input for the study. Contact was not made with our department, community leaders, or other sources to analyze procedures, policies or practices of our department. SDPD was not given the opportunity to providedetails on the amazing work being done, the standards to which our officers are held to and our community engagement with the Transgender community. The study provides the public with a false understanding and an irresponsible representation of our work with the Transgender community.

In the early 1990’s, the San Diego Police Department began theCommunity Liaison program. This program is widely renowned as a best practice in community policing. Within the program, an officer who is a member of a diverse community takes on additional roles and responsibilities within their given community. SDPD has two liaisons to the LGBT community, LGBT Liaison Lieutenant Daniel Meyer and Transgender Liaison Officer Christine Garcia. Their responsibilities include being on call for the LGBT community 24/7, responding to and addressing LGBT related community concerns, working closely with the LGBT center/SDPride organization and many other community groups as well as managing a Chief’s Advisory Board.

Through this work, two Training Bulletins were produced with input and backing from the LGBT Center, the Chief’s LGBT advisory board and the community. The training bulletins were produced and released department wide in 2014 and 2015 and are entitled, “Police Interaction with Transgender Individuals” and “Transgender Employees.” In addition to the training bulletins, we provide our officers extensive LGBT training in the police academy and continued ongoing professional training,which includes state mandated training. All of this training occurs throughout our police officers’ careers.

Nearly all of the items identified as a failure by the NCTE in their study, are detailed in these documents and are clearly addressed/adhered to by our officers. The Department is currently in the process of transferring these documents into a procedural format so they can be released publicly.

The San Diego Police Department has even welcomed the San Diego LGBT Center into our substations to provide training to our officers on LGBT related matters and cultural competency, with a specific focus on Transgender individuals. Additionally, every new officer participates in a tour and is provided with education on historical background at the LGBT Center.

While this is a small piece of the vast work being done within the LGBT community by the San Diego Police Department, we find it important to reflect accurately and factually the information provided by NCTE in this study.

SDPD remains open to dialogue with NCTE and members of all communities. 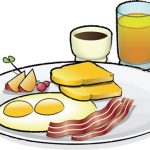