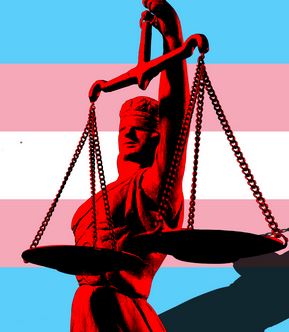 Two separate arguments on LGBT and Transgender employment protections were heard by the US Supreme Court on Tuesday, October 8. While separate, all the cases asked the same question, “Does the 1964 Civil Rights Act bar employment discrimination based on sexual orientation and transgender status?” An affirmative ruling in both cases would mean that LGBT and Transgender men and women would gain basic employment protections. Congress has been trying to pass such legislation since the 1970s but have been stymied by opponents to such bills.

The first argument of the day concerned two employment cases where gay men had been fired. The Justices were ideologically divided (WSJ and NYT). Without getting into how all the individual justices view the Constitution, and subsequent laws enacted by Congress, each justice considers cases from a philosophical starting point. Justice Kagan urged her colleagues to examine the facts, Justice Gorsuch believes in textualism. Which means he finds it difficult to believe that congress in 1964 thought that the law would cover LGBT people. He joined Chief Justice Roberts’ worry about the social upheaval that would be caused by ruling in favor of the plaintiffs (WSJ and NYT). He did say that the 1964 law may very well bar employment discrimination but that the source of the change should be congress and not the court (NY Times). Justice Kavanaugh has written before on the concept of the separation of powers granted to the legislative, executive, and judicial branches of government in Articles I, II, and III respectively of the US Constitution (WSJ). This suggests that he too may be more comfortable with change coming from congress and not the bench (WSJ).

According to legal experts and other scholars the second case appears to be more favorable for the plaintiff. This case concerns a trans woman who was fired by the funeral home she worked for after stating she was going to transition from male to female. “Discrimination against Transgender people certainly sounds like discrimination based on sex (NYT).” Justices often tried to steer their questions into areas concerning the bathroom issue, sports teams or other employment settings. David D. Cole of the American Civil Liberties Union kept the focus on the central issue: that the firing of a trans woman was a violation of the 1964 Civil Rights Act because she transitioned from male to female (NYT).

Decisions in both cases are not expected until June of 2020.

More in-depth explanations and the cases themselves can be found at: