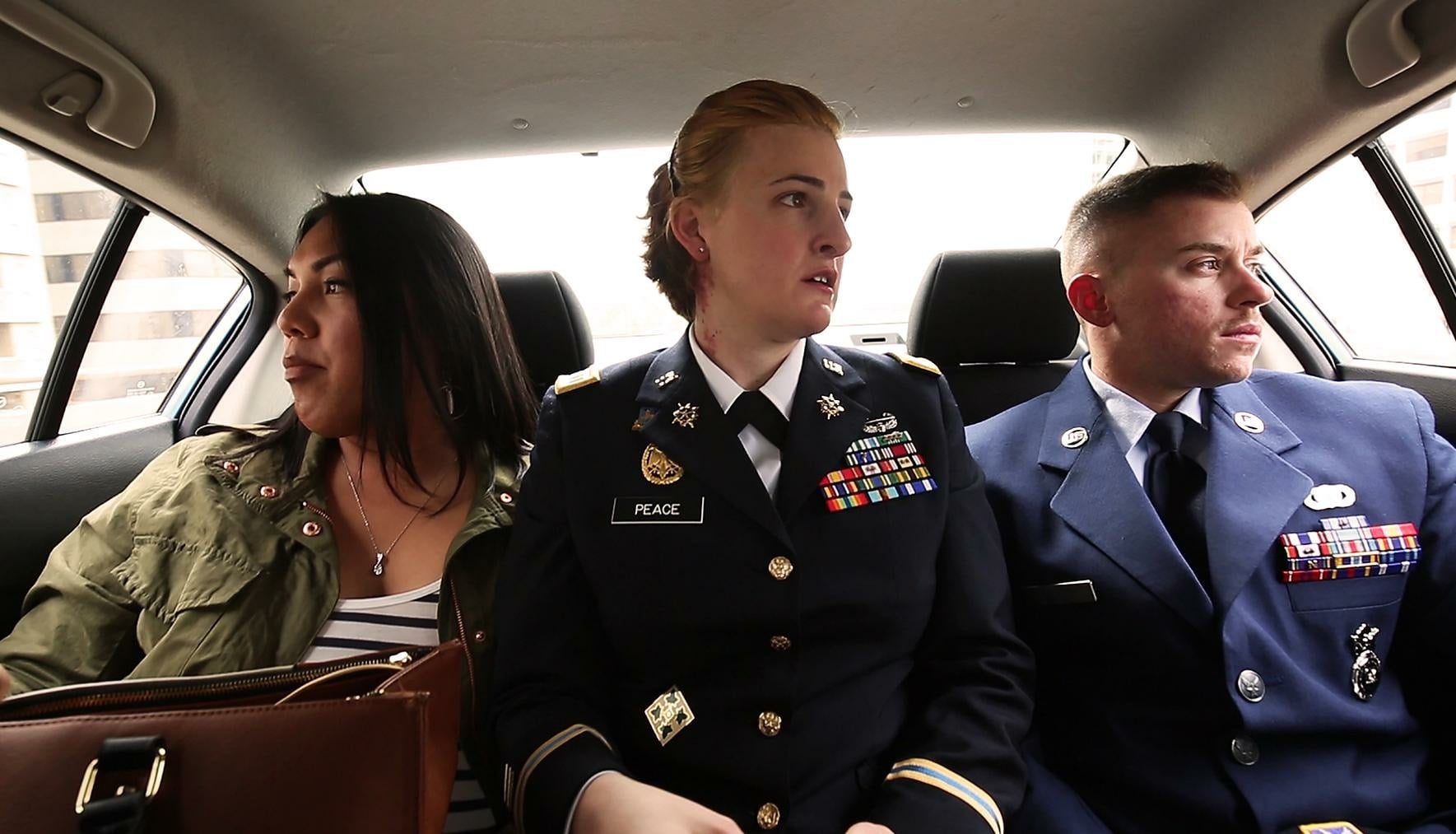 We say thank you to the San Diego LGBT Community Center, SD Pride, and former City Council Chair, Georgette Gomez, along with the plethora of LGBT organizations who supported the Trans population in the San Diego Region. The LGBT Community Leadership Council (a Center project) and Trans Family Support Services come to mind as needing particular attention. Today, (January 25) President Biden undid the ban on Transgender Americans serving in the US military. Now, implementation of that policy is in the hands of the Department of Defense. The studies have all been done, the findings are in. Trans people should be welcomed in their recruiting offices soon.

It has been a long while in coming. When I first encountered the effects of Trump’s policy in the early summer of 2017 it was in a room full of active duty, reserve, veteran, and retired men and women. We were all Transgender and those on Active Duty, and Reservists wanted to know what the ban on Transgender service would do to them. Those of us who were veteran and retired told our brothers and sisters on active duty, and in the reserves, that while they could not speak out we could. For nearly four years we have advocated and lobbied. San Diego Council Chair Georgette Gomez sponsored a city resolution that sought to condemn the policy citing concerns about what telling some Americans they could not serve their Constitution would do to our country’s military readiness.

The former policy had the effect of communicating to Trans Americans that we were simply not American enough to serve the Constitution. But we are. In fact, it is my belief that because we are such a miniscule minority we are the defenders the Constitution most needs for we have the most to lose.

We assert our right to volunteer to support and defend the Constitution of this country. While the policy will usher in medical treatment for trans men and women look not for that to be a reason you want to join the military. Join for career, to make a difference in an institution that is larger than yourself, to serve that Constitution that every service member is sworn to defend and protect.

From the BBC. The article here https://www.bbc.com/news/world-us-canada-55799913 will give a detailed background to the order.