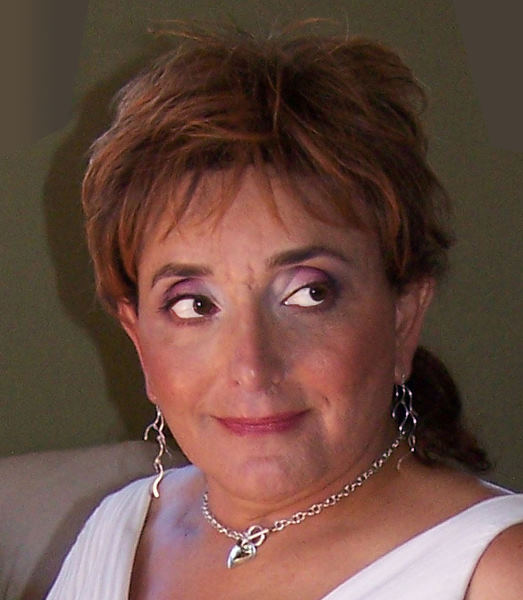 Talk with Vicki Estrada, president and founder of Estrada Land Planning, and one learns immediately that she is passionate about what it is that Landscape Architects do.

Vicki strives to be known as a competent professional, businesswoman, and civic leader who happens to be transgender. She is all the former, while being an out and proud member of the trans community in San Diego.

Educated at Cal Poly San Luis Obispo, Vickie traces her devotion to architecture to grade school when a school principal noted her drawings and commented that she seemed destined to be an architect. Years later she attended a lecture by the visiting Landscape Architect Roberto Burle Marx. “He’s the one who planted the seed in my head, that landscape architecture is what happens between the buildings.” To Vicki, landscape architecture incorporates planning, of which is a subset of Landscape Architecture. Which is where the buildings are designed to go, according to a plan.

In business since 1985, Estrada Land Planning has shrunk somewhat from its peak of twenty-five employees, and a valuation of over three million dollars. Yet, even as she nears seventy, and an inevitable retirement, Vicki continues to steer myriad projects in the San Diego region. Her most recent project is working with the City of San Diego and Groundworks on creating a regional park out of the five branches of the Chollas Creek watershed.

When asked to name her favorites (which is like asking a mother, which child she loves best) Vicki points to three. She is most proud of the Balboa Park Master Plan her business submitted in 1989, “It’s a giant book that dictates, pretty much, what happens” [in the park]. Part of that is a follow-on plan she authored in 1992 for the Central Mesa area of the park (located between CA 163 and Park Boulevard) housing the zoo, and myriad museums. Her second favorite is the New Town development of Otay Ranch which sits on twenty-two thousand acres. Her third ‘most proud’ project is the La Jolla Renaissance with the “Tower that looks like the Piazza Marco in Venice. The owner wanted twenty-five hundred units on one hundred acres…pretty high density stuff back then [1987-1990].”

Vicki did run, in the past, a support group at The Family Health Centers. “I did that a couple years. I really enjoyed that. People said, ‘[Vicki] I’m actually feeling better after the meeting than I did before.” Her recollection has been verified by Connor Maddocks who agreed, “The girls admired and liked Vicki.” Yet some attendees, it was alleged, felt differently about Vicki leading the group, complaining that she could not be related to, as she did not come from the economy of the street. The meanest thing a member of the trans community ever said to her was to step down from facilitating the trans support group, ostensibly because no one could relate to her. Add to that, the meanest thing a non-LGBT person ever said was, “All you [double expletive] should be killed.”

Nor is the silencing, and ignoring, limited to the trans community. When asked if the LGBT Center was a trans friendly place she said no. “I’m disappointed with the emphasis [The Center] has currently. This whole ‘anti-police’ and uniform thing I do not agree with. There’s too much division going on than there had to be.” At one time Vicki was asked to apply to be on the Board of the LGBT Center. She submitted an application and a background check but never received a follow-up invitation to join the Center’s board.

One poignant anecdote Vicki did share from her efforts at volunteering was when a young trans girl sought help at the LGBT Center. Her father believed beating her would bring out the boy in his child. Ultimately, the child was killed by the father.

When asked what advice she would give to young trans men and women, Vicki was forthright, lamenting that they act as if society owes them something. “Listen to the elders. We’ve been through a lot and very rarely am I asked [anything]. Young people generally want to hear advice from people their own age.”

Vicki advises young Trans people not to get “locked in the shell of just the Trans community.” She encourages young people to volunteer in the larger community such as neighborhood planning groups, or other groups in the larger society.

On Wednesday, July 7, 2021, Vicki was named by the California Senate Rules Committee, chaired by Senator Toni Atkins, to be on the California Arts Council for a four year term. In her appointment note, Senator Atkins said, “Vicki Estrada has played an integral role in the planning and creation of some of San Diego’s most beloved landmarks and public spaces, an expert in marrying beautiful design with utility on major public projects, I know that Vicki will help bolster the Arts Council’s continued work to support and engage California’s communities through arts and culture.”